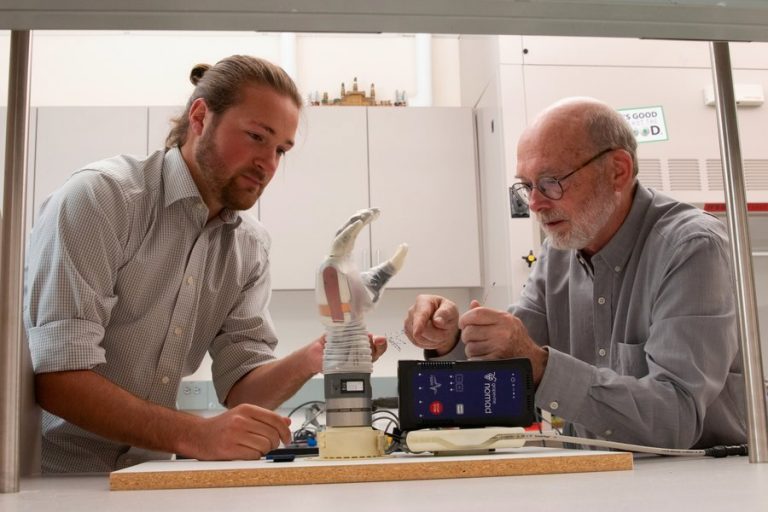 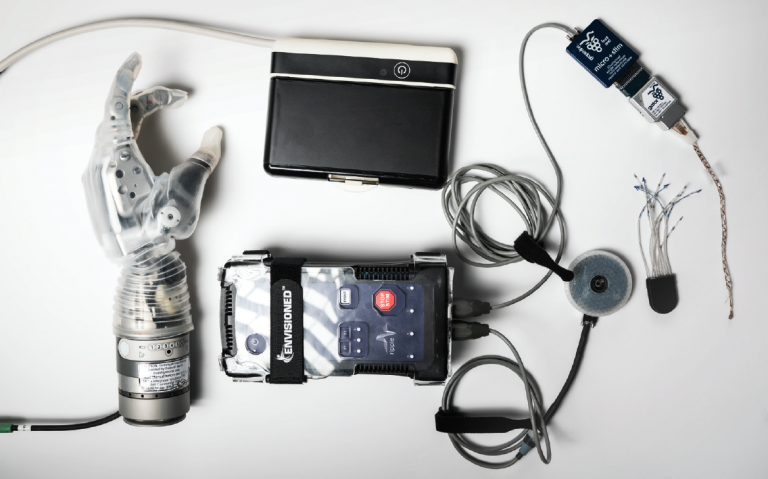 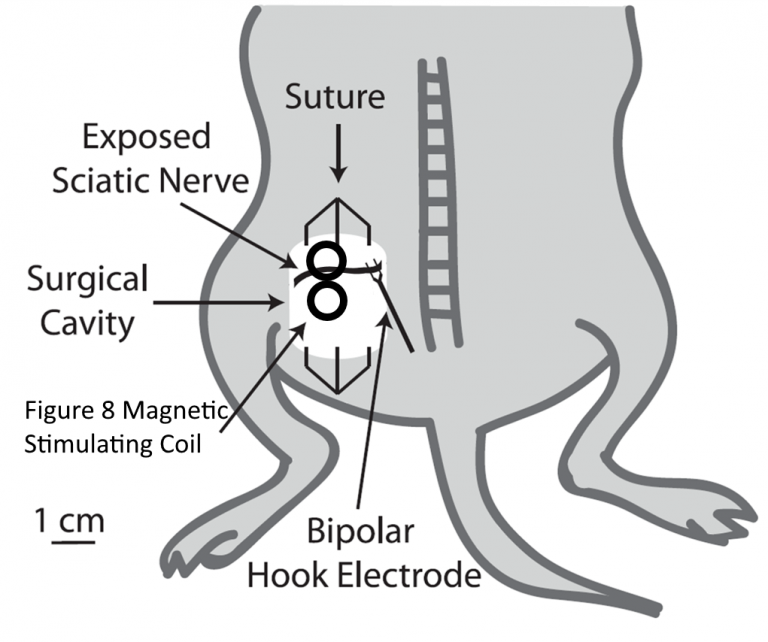 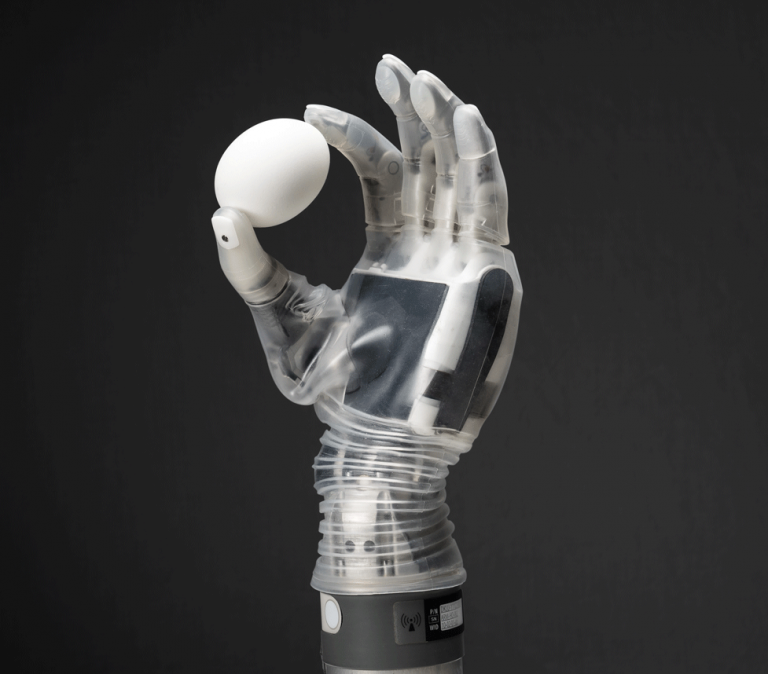 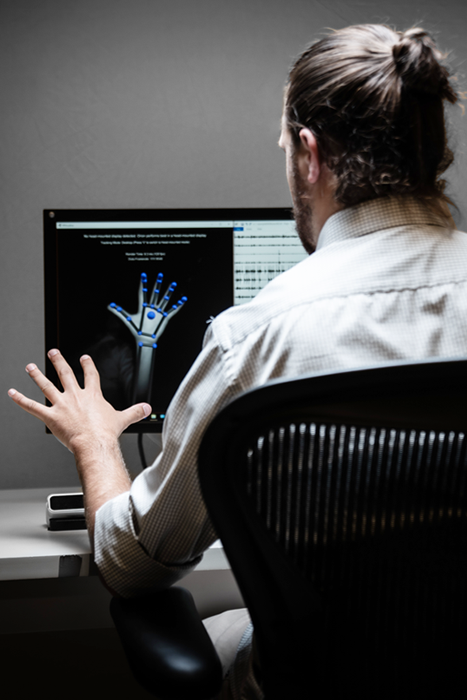 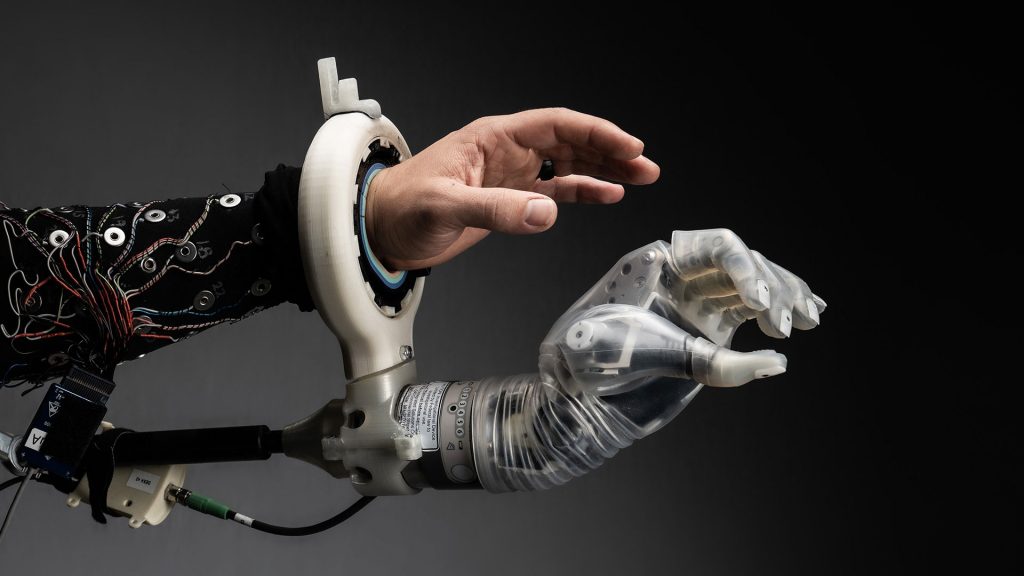 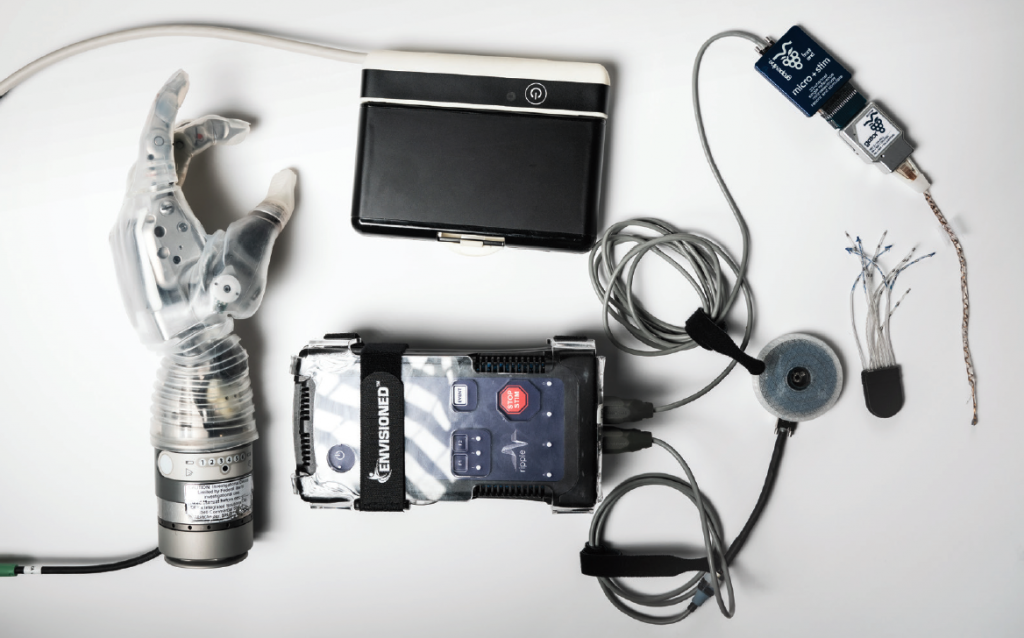 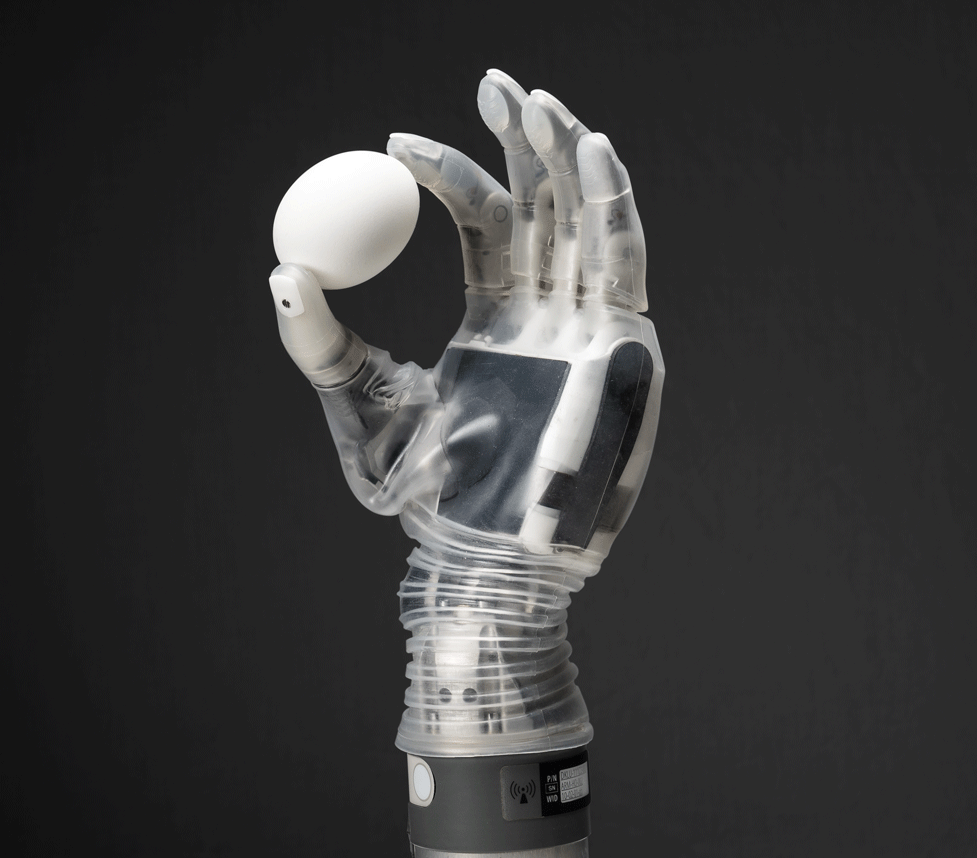 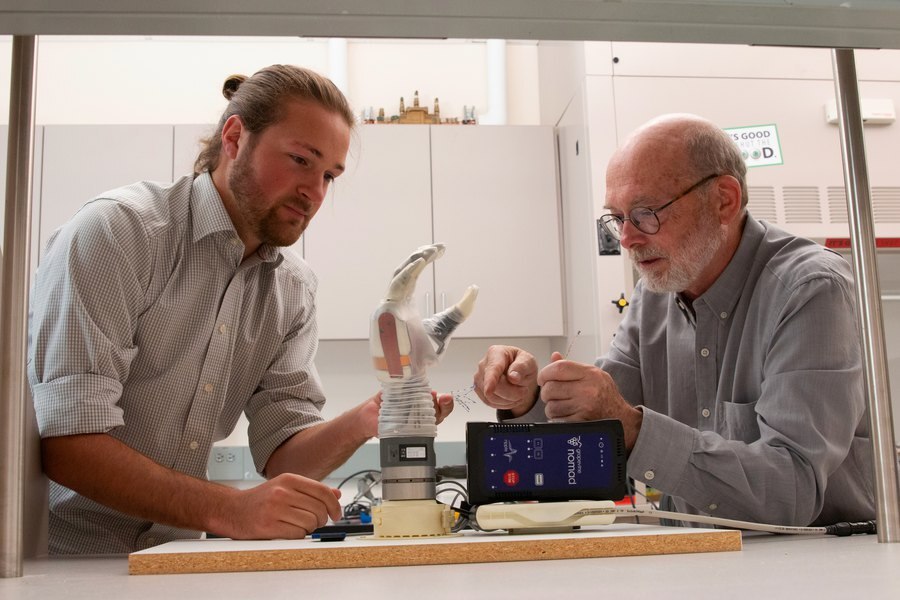 Restoring sensorimotor function to humans with upper-limb loss via use of USEAs implanted in residual arm nerves for recording and stimulation, along with recordings of myoelectric signals, so as to provide intuitive dexterous control of, and sensory feedback, from an advanced prosthetic limb. 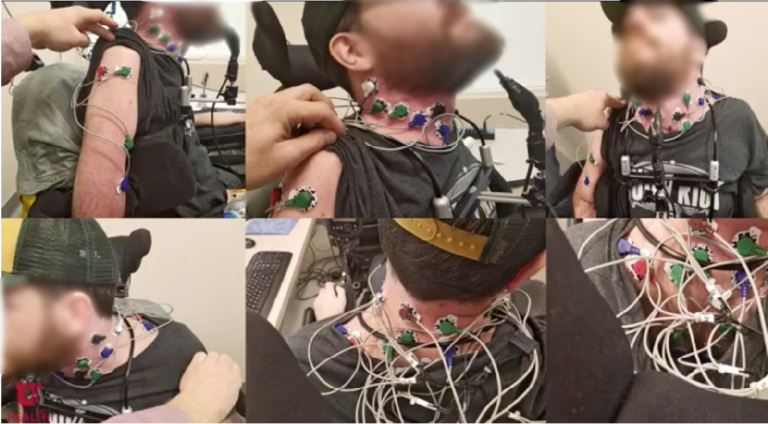 The goal of this project is to develop and evaluate a collaborative brain-machine learning system that trains the human brain to remap limb movement control to heterologous muscles while simultaneously training the machine to interpret movement intent from surface electromyograms. 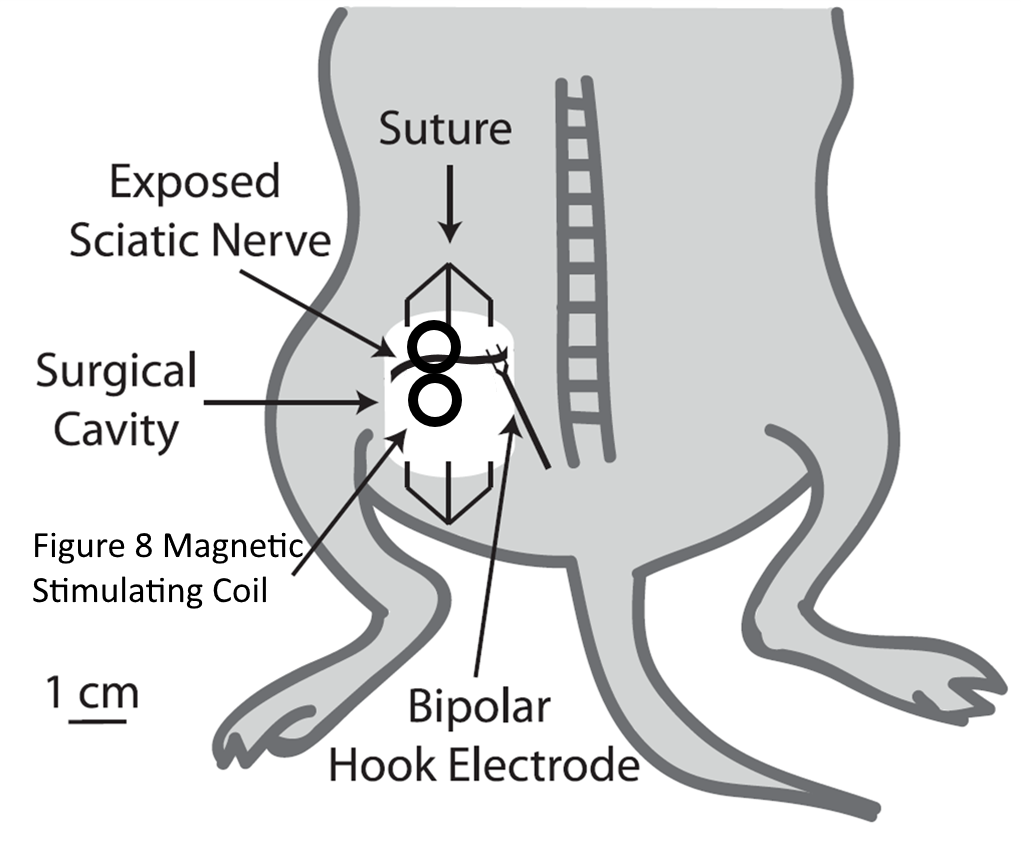 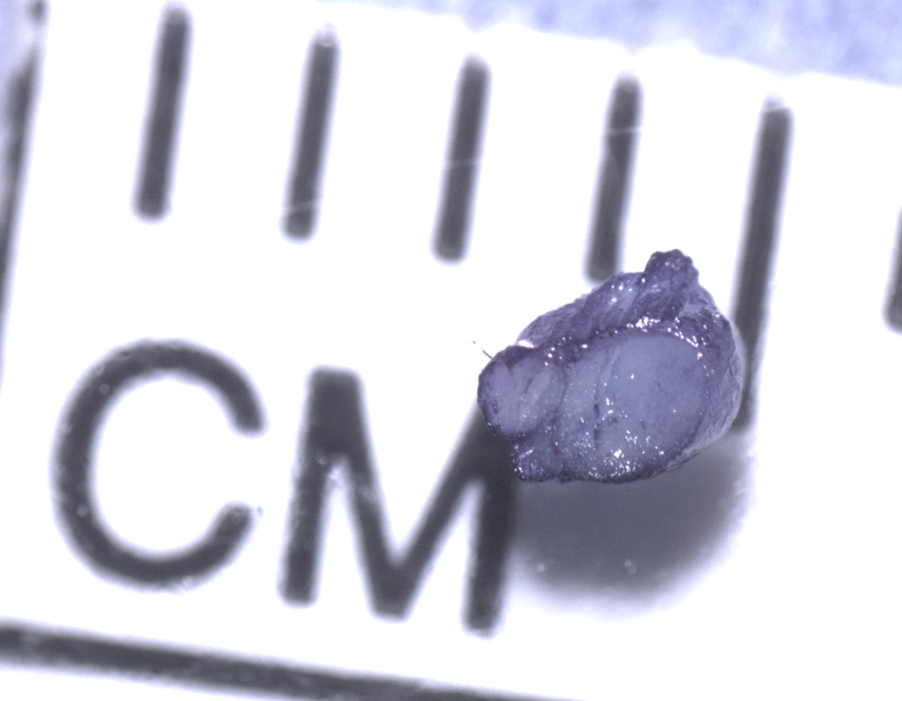 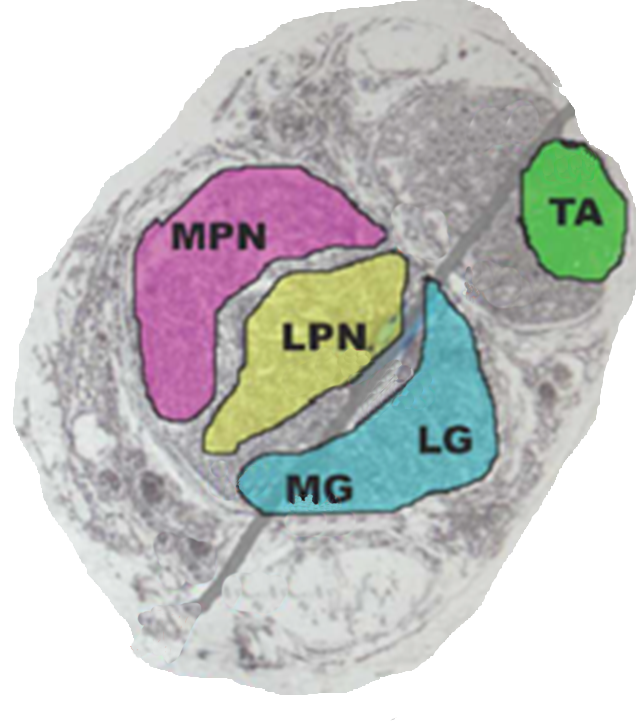 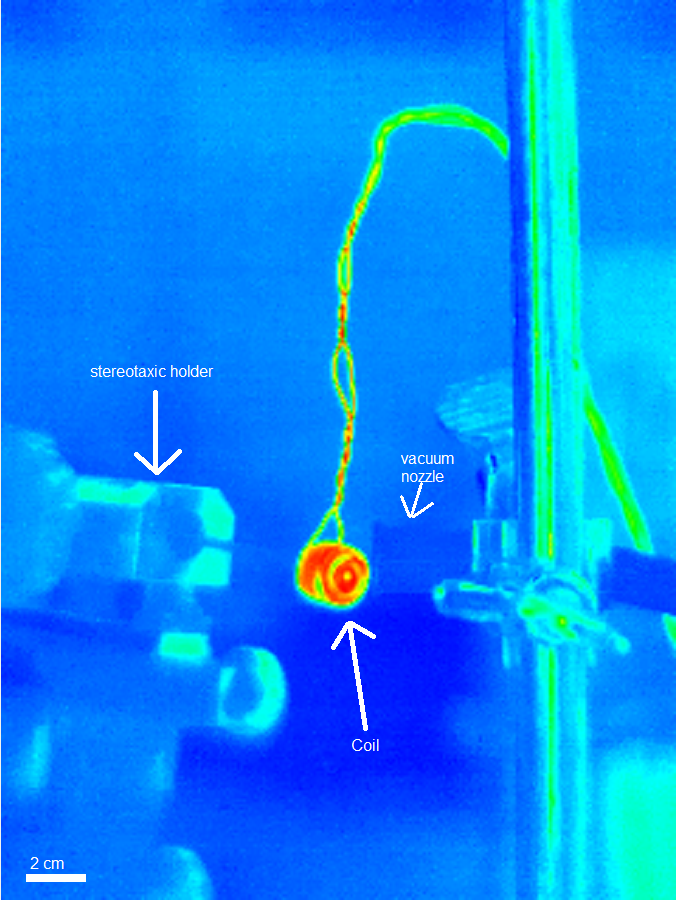 Stimulating neural interfaces are often employed for the treatment of Parkinson’s disease, epilepsy, neuropathic pain, and other disorders of the Central Nervous System and Peripheral Nervous System (PNS). However, the electrodes used in these applications have been shown to degrade with time and evoke a foreign body response that reduces the effectiveness of the amelioration. Magnetic stimulation of neuronal tissue gets around a major source of this degradation by utilizing electrode-less stimulation to avoid electrochemical reactions and direct metal-to-tissue contact. Unlike electrical current flow in biological tissue, magnetic fields spread linearly through biological tissue, potentially allowing easier stimulation beyond the tissue encapsulation that typically grows around indwelling foreign objects. Despite these advantages, magnetic stimulation has found substantially less use than electrical stimulation, largely due to high power requirements. This applies particularly in the case of PNS applications such as Vagal Nerve Stimulation (VNS), an approach that has become a prevalent surgical treatment in adult epileptic populations. To provide beneficial effect and while minimalizing undesirable side effects, it is essential to stimulate only the desired portion of a given nerve. In the case of VNS, stimulating undesirable portions of the nerve can lead to intolerable side effects such as changes in the rate of heartbeat and in extreme pain, rendering ineffective the device’s purpose in treating epilepsy. As such, our goal is to use a multi-coil magnetic stimulation system to stimulate exclusively within specific regions of a given nerve. To this end, current flowing through multiple coils can make constructively interfering fields that generate a focused volume of activated tissue. For instance, many transcranial magnetic stimulation systems utilize a pair of coils placed in a figure-8 configuration to control the extent of the activated tissue. Our lab has refined the use of both single- and multi-coil magnetic stimulation in the PNS, stimulating rat sciatic nerve with less power than had been reported by an earlier sciatic nerve stimulator. To find selective stimulation parameters, our group has carried out a number of simulations. These simulations showed a small number of multi-coil configurations that appeared likely to produce selective stimulation of either fibers innervating dorsi- flexors or plantar-flexors. Furthermore, the simulations suggest that a particular orientation of the 2 coils relative to the nerve can provide selectivity between ankle flexors simply by changing the direction of current flow. In our proposed research, we intend to corroborate these simulation results in vivo with recreations of the simulated stimuli.
Show more
Show less

We are developing and evaluating the use of machine learning methods, such as the convolution neural network models that were inspired by the organization of primary visual cortex, to control activation of muscles via asynchronous intrafascicular stimulation peripheral nerves. Specifically, the goal of this project is to develop and evaluate methods to restore natural, coordinated, and graceful gait in an animal model of paralysis, an anesthetized feline.

The goal of this project is to develop and make available to the scientific community a modular, integrated, multiscale computational modeling framework that will allow the user to design safe and effective peripheral neurostimulators.

Development And Translation Of An Intracranial Auditory Nerve Implant

The proposed project will build and evaluate the safety and design needs of a new type of intracranial auditory prosthesis that targets the auditory nerve between the cochlea and the brain-stem (auditory nerve implant, ANI) in order to substantially improve hearing performance over the current standard of care, the cochlear implant (CI).